Both communities (witch and gay/lesbian) are defined by their participant’s position outside the mainstream, sharing a life world, and participating in some aspect of politics. (Helen Berger, quoted in Winslade, para 14)

The representation of witchcraft and the way in which it is bound to the portrayal of lesbian sexuality is problematic in Buffy, and crucial to a feminist critique of the series. The two factors are closely aligned through the use of the aforementioned metaphor of witchcraft as sexual experimentation. Configuring women as witches and/or lesbians is an inherently politicised act, despite Whedon’s claims to the contrary. In an interview he stated: „Our whole mission statement was that we would bury their first kiss in an episode that had nothing to do with it, and never promote it [ … ] The whole reason we had them kiss was because if they didn’t, it would start to get coy, and quite frankly a little offensive, for two people that much in love to not have any physicality. But the whole mission statement was, „We’ll put it where nobody expects it, and we’ll never talk about it.”

This act of marginalisation, of placing Willow and Tara ‘outside the mainstream’ is significant, for whilst Whedon is clearly attempting to avoid accusations of exploiting „lesbian chiC, the effect produced is in fact evidence of a patriarchal male anxiety about female sexuality. Kisses and eroticism between Buffy and Angel, Buffy and Spike, and Xander and Anya for example are momentous occasions in the Buffy narrative, yet lesbian sexuality is denied this significance afforded to heterosexual couplings. The fact that lesbian sexuality is inextricably bound to the figure of the witch is particularly interesting. Sexuality has always been central to the representation of the witch in history, and this sexuality has always been recognised as threatening to men. In the Malleus Maleficarum the witch is acknowledged as a figure which threatens male sexuality and by extension the patriarchal order.

Witches were credited with the power to „take away the male organ” (262); envisioning Willow and Tara in a lesbian relationship which is exclusive of men is simply an updated view of the ‘deviant’ woman as threatening to male sexuality. Thus the binding together of witchcraft and lesbianism in Buffy. This is a recurring theme in the series: the all powerful demon god Glory is portrayed as madly intent upon world domination; Dru can handle her powers as a vampire and is represented as a bizarre child/sexual predator hybrid; Buffy herself always walks on a thin line between good and evil, with Kendra and Faith playing the parts of these polar opposites. This is a politicised statement on behalf the patriarchal order; deviant women are a threat and must be eliminated.

The elimination of the ‘deviant’ woman is a key theme in Buffy. Willow’s developing deviancy in the series marks her as a target for eventual elimination. To expand upon this point, it is important to consider the progression of Willow in the series. Purkiss refers to the conventional view of witchcraft ‘largely formulated by men’ (32) as being a religion based on biologically defined eras; the maiden, the mother, the crone. A close examination of Willow shows that she passes through each of these phases. Initially she is a maiden, naive and innocent; significantly, in this phase she is involved in a heterosexual relationship with Oz, and is therefore uninitiated into the ways of ‘deviancy’. Her maturation into the mother phase comes when she ‘gives birth’ to Buffy by bringing her back to life at the beginning of season six. Suffering physical ‘labour pains’ in her rebirthing of Buffy she rewrites the experience of maternity. Her magickal labour pains culminate in her spewing forth a giant snake; it is hard to avoid reading into this an expulsion and rejection of the phallic image. Whilst having her friends to support her, Willow essentially performs her rebirthing ritual alone, adopting the role of both mother and father, thereby disregarding the need for a distinct paternal figure. The creation of life becomes a solely female experience which denies the necessity of a male partner, and it is in this marginalising of men in both her sexuality and her experience of maternity which marks her as deviant, and therefore a legitimate target for elimination.

Willow is shown to eliminate herself in becoming entirely self destructive, as it is at this point that Whedon employs the witchcraft/drug addiction metaphor. Willow becomes unable to go through the day without performing a spell, spells which notably go against contemporary readings of witchcraft as a healing, regenerative female spirituality, and are instead recognisably powerful and often harmful acts of magick. For example, in the „Tabula Rasa” episode, Willow casts a spell which she hopes will make the gang forget their problems; instead they forget everything about who they are, and are consequently placed in great danger when they are attacked by vampires. Witchcraft begins to control Willow, and hold the potential to destroy her completely. This notion of witchcraft as a destructively controlling force is treated curiously ambivalently in the series.

Whedon seemingly acknowledges the feminist viewpoint that accusations of witchcraft have been used throughout history by a dominant patriarchal (often churchled) authority to control ‘unruly’ women. This is exemplified in the treatment of Tara by her family. Her father attempts to control the women in his family by claiming that they have evil witching powers which emerge in their early twenties, powers which can only be tamed by enslaving the women in a punishing domesticity. His claims turn out to be false, and it is made clear that the reason her father employs this myth is a fear of the independent autonomous woman who must be controlled. This incident represents a valuable feminist understanding of the relationship between accusations of witchcraft and patriarchal control. However, having exposed this, Whedon them goes on to exert the same control over Willow; when she becomes powerful as a woman/witch, she must b punished. Her attempts to possess autonomous female power can only destroy and not enhance her.

Willow’s transition into the ‘crone’ phase, and all its unpleasant associations come with the loss of her magickal ‘fertility’. When Tara is shot dead and killed by Warren, Willow tries to bring her back as she did with Buffy, but finds she is unable to. Despite the transgressive nature of Willow’s fertility, in her mother phase Willow was able to channel her power into paths of ‘normal’ femininity; when she loses this ability, she directs this power into revenge. Her revenge, significantly, is first aimed towards the man and his criminal fraternity who killed Tara. The murdering of Tara is far more than a simple shooting; it represents the destruction of a female society (their lesbian relationship which threatens men by excluding them) by a patriarchal order. Thus, Willow’s actions are not simply a lover’s revenge, but are rather transformed into an attack by the woman against the patriarchal order. The representation of Willow as deviant woman is complete.

Unsurprisingly, the only conclusion to this is that Willow, or at least her power, must be eliminated. The instrument of her destruction is Buffy. As demonstrated in my consideration of the Hellmouth, Buffy functions here once again as an agent to defend patriarchal order. She must be patriarchy’s heroine, and protect the existing order against the unruly woman. This final battle between Willow and Buffy is patriarchy’s greatest victory, and the point at which any feminist reading of the series is ultimately buried; patriarchy operates to use women to control women. Female power is vanquished by one who seemingly expounds it, and woman becomes her own enemy.

In conclusion, the aim of this essay has been to subvert the notion of Buffy as a feminist narrative. Vint suggests that: „It is imperative that feminism find a way to connect with the cultural life of young women, and Buffy the Vampire Slayer strikes me as one productive avenue through which this work can be done”. (para 7)If a consideration of Buffy can be considered to be a pedagogical exercise, then the damaging lesson that it promotes, in both character portrayal and underlying thematic construction, is a rejection of feminist values in the face of patriarchal triumph. Whilst Vint acknowledges that there are problems in reading Buff as a feminist text, I think it goes further than that, and ultimately presents an anti feminist ideology. Through the character of Buffy we see that female power in the series succeeds only under the protection and guidance of male domination. Female power operating under female authority for example, the character of Willow is ultimately deviant and must be suppressed. The fact that Buffy „kicks butt and so can we all” no longer seems to champion feminist ideology, but rather exemplifies the hollow irony at the heart of Buffy the feminist slayer. 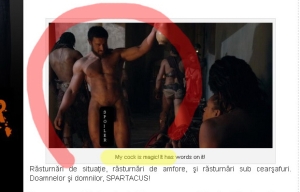 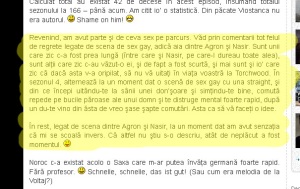